VS2012 – tips and tricks – team explorer shortcuts and patterns

In my last post I wrote about team explorer shortcuts and patterns for Visual Studio 2010. 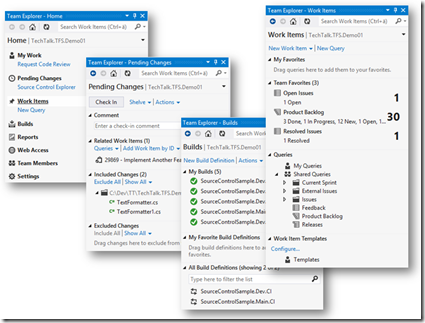 Unlike the solution explorer which supports multiple instances for different scopes the new Team Explorer doesn’t support this which requires multiple clicks to navigate between the different scopes and sometimes you’re felling like lost in the toolbox.

For quick navigation shortcuts are your friend …

If you are a ReSharper user the following shortcuts are compatible with IDEA scheme.

Email ThisBlogThis!Share to TwitterShare to FacebookShare to Pinterest
Labels: ReSharper, TFS2012, VS2012